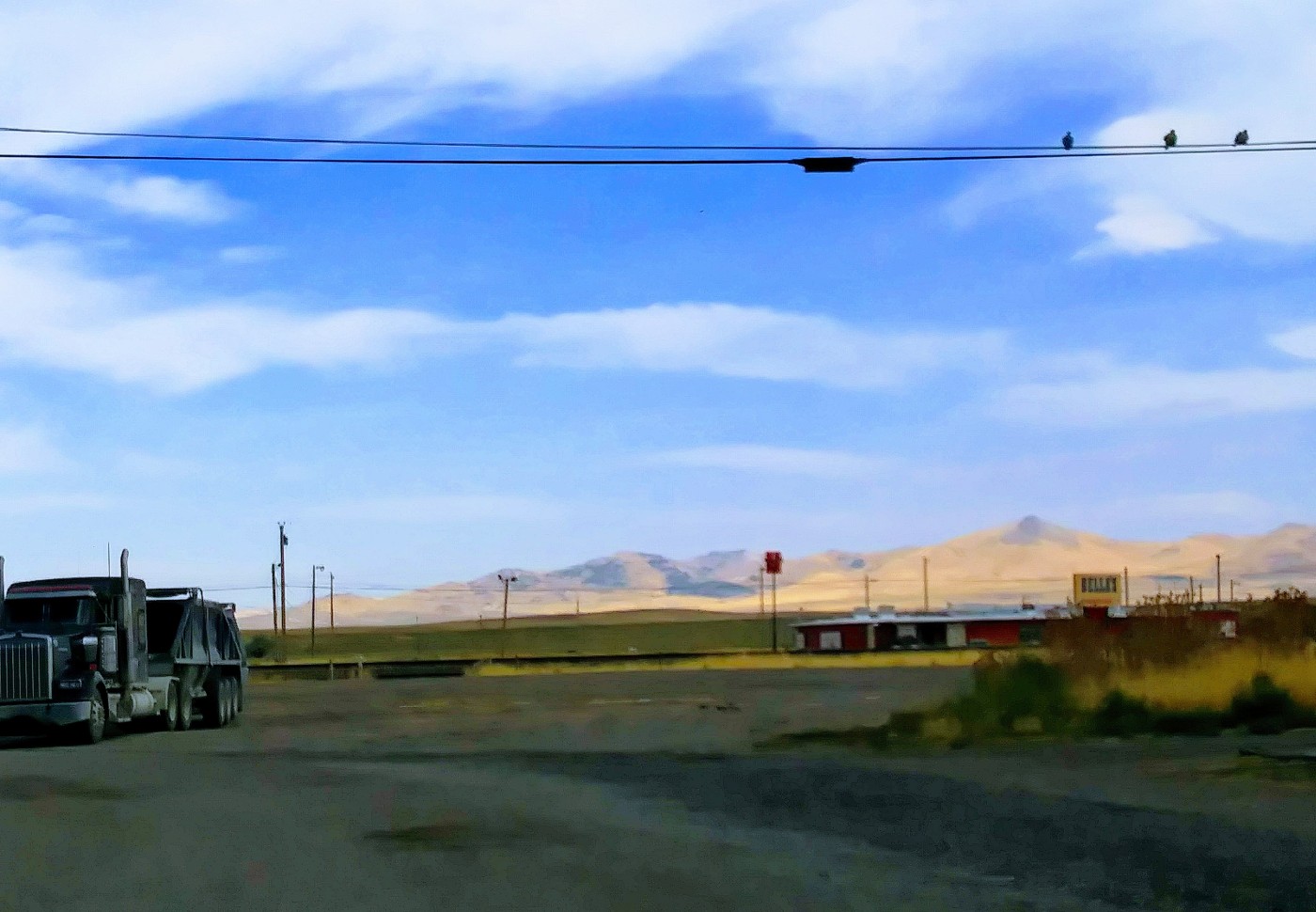 “I’ve been absolutely terrified every moment of my life- and I’ve never let it keep me from doing a single thing I wanted to do.” – Georgia O’Keeffe

Mid-September; Fall had descended on the East Coast, and I was dreaming of California. I made some stops along the way, but once I reached Colorado, I had one destination in mind. I drove like a madwoman towards California. Driving through Wyoming on the I-80 West, there did not seem to be much civilization. Very few rest stops, gas stations or places to spend the night. I kept pushing it, as I wanted to reach California, and the hours ticked away as I drove. There was a high wind advisory that day, and the wind whipped outside. When I stopped and got gas, my scarf blew back and forth in front of my face.

The day wore on and the sun began to set and I realized I should probably pull over and get a place to sleep. I always like to secure a spot before dark. For one thing, my car is difficult to drive at night. The headlights are dim and the low height of my car means other headlights beam directly into my eyes from the front and from behind me. But no, I still had energy, I still wanted to keep going, and there was nowhere in particular to stop in Wyoming.

Inside my head I debated. Should I stop now?

But I kept going.

The sun kept going down. The sky darkened. Suddenly, it was dark, and a steep, curving road up a  mountain appeared in front of me. It was a two lane highway, and there were about ten to fifteen semi-trucks clustered on the steep grade in front of me. The problem with semi’s is that they cannot stop very easily and when one is going up a hill, they lose power. You kind of have to work around them. The problem with my car is that it also loses power going up hill. So if I am on an incline and have to slow down to 30 or 40 mph because of a truck in front of me, I can’t regain the momentum to continue up the hill. I wouldn’t be able to get out of the way of a semi-truck that is bearing down behind me.

I drove right into the cluster, gripped the steering wheel and said to myself, Well, this is it. Pay attention or you might die. Headlights glared in my eyes and trucks towered above my small car on all sides. I maneuvered around, between and in front of the tangle of semi’s. I was like a mouse escaping through a herd of cats, except in slow motion, going uphill, in the dark, with strobe lights going off. You know what I mean. My palms were sweating and I thought, Ohmygod, mistakes were made. I will pull over as soon as I can. Fortunately, the next exit advertised the gas, food, lodging sign and I pulled off immediately. I took a motel room which, upon entering, I knew instantly was haunted.

The room made my skin crawl. The walls were cinder blocks, like a prison cell, and the energy was so thick and disgusting that I’m certain at least one person had died in that room. I thought about checking under the beds for dead bodies but figured I didn’t really want to know. The saying “ignorance is bliss” exists for a reason. Does this apply to dead bodies under your motel bed? Obviously.

I slept with the light on.

In the morning I couldn’t get out fast enough. A woman undaunted, I enjoyed my free coffee in a Styrofoam cup, threw on my scarf and sunglasses, and hit the open road again. California was on the horizon.